Louis Pasteur famously remarked that “fortune favors the prepared mind.” (1) But experienced litigators realize that despite thorough preparation, there will be surprises at trial. In some cases, it is a witness who testifies about facts that were never mentioned in his or her sworn statement or at deposition. In other cases, the surprise is defense attorney misconduct. Although you cannot foresee what the defense will do, plaintiff attorneys can have a “prepared mind” by learning certain strategies to respond to such misconduct.

The Federal Rules of Evidence have made it more imperative that plaintiff attorneys be ready to employ certain doctrines and tools to respond to these tactics. Unfair surprise at trial is no longer a ground for excluding otherwise admissible evidence. (2)

Suppose that during opening argument the defense attorney makes improper statements about the defendant’s good character: “Ladies and gentlemen, during this trial you’ll learn that Mr. Furnish is an honest, truthful person — the sort of person who would never commit the sort of stock fraud alleged by the plaintiff.” You could move to strike the statement, because Rules 404 and 405 do not permit the defense to introduce testimony to prove it. (3) But do you have the additional option of foregoing the motion to strike and later arguing the statement has “opened the door,” (4) enabling you to introduce otherwise inadmissible evidence of the defendant’s bad character?

Some courts agree with the defense argument that an attorney’s statements during opening are not evidence, and a plaintiff attorney’s only remedy is the motion to strike. Other courts reason that it can be unrealistic to assume that the jurors will be able to perform the mental gymnastics required by the judge’s curative instruction to disregard the inadmissible character statements. There is substantial authority for the proposition that the defense’s improper statement during opening remarks does open the door for the plaintiff.

There is a sharp split of authority on whether the curative admission doctrine — which arises only when the evidence proffered by the other party is inadmissible but was nevertheless admitted — applies to an assertion made during opening statement. The vast majority of jurisdictions have held that the doctrine applies when opposing counsel oversteps during the direct examination of a witness. Assume, for instance, that the defense attorney’s opening was unobjectionable, but during direct examination, the attorney elicits the defense witness’s testimony that the defendant is such an “honest, truthful person” that the witness “cannot believe” that the defendant would perpetrate the alleged securities fraud.

Once again, you could respond with an objection or motion to strike. However, plaintiff attorneys familiar with the curative admissibility doctrine have a much more powerful retort. The trigger for the doctrine’s application is the opposition’s presentation of inadmissible evidence. Further, the judge must conclude that a simple objection or motion to strike would not have been an adequate remedy for your client. When the defense injects inadmissible evidence of a nonparty witness’s good character, such as one of the defendant’s relatives, those remedies might suffice. But when the opposition smuggles in inadmissible testimony about the defendant’s good character, the jury’s exposure to it is more likely to affect the case’s outcome. In this situation, the trial judge has discretion to allow you to cure the damage done.

Sometimes in the heat of battle at trial, opposing counsel strains the rules while cross-examining your witnesses about untruthful acts in their past even if the act did not result in conviction admissible under Rule 609. On the other hand, it is well settled that as a condition precedent to posing such a question on cross, the opponent must possess a good-faith basis in fact for believing that the witness committed the act. The information furnishing the good-faith basis need not be independently admissible, but your opponent must have some solid basis for his or her belief.

Suppose that while defense counsel is cross-examining your client, you hear questions that level shocking accusations of misconduct. How can you respond?
First, request permission to approach sidebar and demand that the opponent reveal the supposed basis in fact for the accusations. In most jurisdictions, the opponent need not make a showing of the basis in fact before posing the question, but at the judge’s insistence the opponent must disclose the supposed basis.
If the opponent has no or an insufficient basis, ask the trial judge to make a finding to that effect and to inform the jury.

In extreme instances, courts may allow you to put the opposing attorney on the stand and compel him or her to confess the flimsy basis for the accusations in open court. Under ethics rules, such as ABA Model Rule of Professional Conduct 3.7, the attorneys participating in a trial are ordinarily incompetent as witnesses; but there is a strong policy argument that an attorney who engages in such egregious misconduct arguably forfeits the ethics rules’ protection.

Finally, consider requesting the judge’s permission to treat the defense’s underhanded tactic summation as evidence of consciousness of his or her client’s guilt or liability or, more broadly, consciousness of the weakness of defendant’s case. Federal Rule of Civil Procedure 37 allows the court to inform the jury of an opponent’s misconduct during pretrial discovery, so it is a small step for the judge to permit you to treat the trial misconduct in the same fashion. If defense counsel’s scurrilous tactic angers the judge enough, your request may be granted.

Suppose that at the pretrial conference the defense filed an limine motion to bar certain evidence that you want to introduce, such as testimony about other accidents involving the defendant’s product, to prove the existence of a defect. The defense objects under Rules 403 and 404(b), arguing that you have no legitimate need to offer the evidence for that purpose, and assures the judge that it will not contest that issue at trial. The judge grants the motion.

During the trial, defense counsel never suggests that the defendant is challenging the plaintiff’s contention that the product’s design is defective. But then in summation, the defense suddenly tells the jurors that they could return a defense verdict if they find insufficient evidence that the design was defective. Because the judge excluded the evidence that you could have introduced under Rule 404(b), your proof of the defect is weaker than it otherwise would have been.

In this case, should you simply ask the judge to strike the defense counsel’s statement? The better response is to move to reopen the case for the purpose of introducing the previously excluded evidence. Many jurisdictions allow such a motion even though closing arguments have already begun. If the judge grants your motion, reopens the case, and allows you to present the 404(b) evidence to the jury as an antidote to the defense counsel’s misconduct during summation, your presentation can have a dramatic effect. The last thing the jury will hear before beginning deliberations is your evidence rebutting the defense’s claim that there is inadequate proof of the defect’s existence.

No matter how well prepared you think you are, there almost always will be unexpected developments at trial. If defense counsel overreaches, you can use his or her misconduct to your client’s advantage.

When it comes to court reporting, NAEGELI Deposition and Trial provides the highest quality of professional nationwide and Coeur d’Alene Idaho court reporters. As one of the only court reporting firms to supply you with an audio transcript free of charge, we also provide 100% verifiable transcripts. 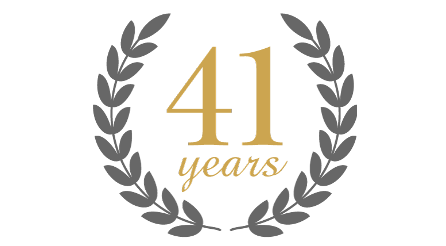